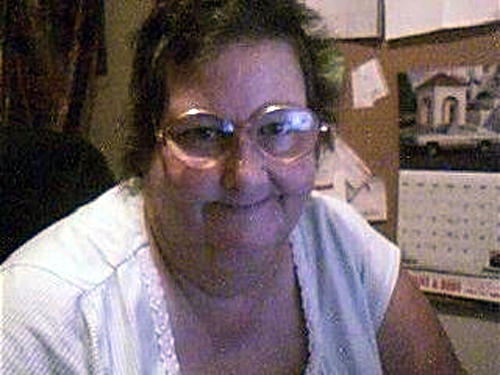 A week or so before Jill passed, while she was in the hospital for the last time, Jill told me that she had seen our dad. Jill said she didn’t have time to talk with him, as a nurse came in soon after that. I knew then that Jill’s time was rapidly coming to an end.

When mom was ill during that last year, her parish priest told me that the veil which separates this world from the next thins as we approach our passing. Mom had talked of seeing the nuns who raised her and relatives who had passed. The priest went on to say that it is when the veil thins that people see those who have gone before.

I didn’t say anything to Jill at that time in the hospital, but it was only a day or two later that it was obvious that Jill knew that she was dying. Once Jill returned to the nursing home, after telling me that she was so glad to be back there, she didn’t communicate with me anymore. I talked with her, telling her that I loved her, prayed for her, but she stopped eating and drinking. Sometimes the nurses at the home could encourage her to eat or drink a little, but after a day or so, that stopped too. Then when I visited, I would tell Jill when dad comes for her, she should go with him – that it was okay.

A few days later Jill took that leap from this world into the next. What concerns me though is that the nurse, when we called him as we thought Jill had passed, said that Jill had a tear in her eye. I just hope it wasn’t because of me, that I hadn’t spent enough time with her, didn’t love her enough. I hope the tear was one of joy. I guess it is something I will have to wait to know.

The past two years have been difficult ones. I  tried to give to Jill the time that she needed while still living the life that I was given with my husband, daughter and grandson. There are times, as I reflect on the past two years, when I wish that I had given my sister more time, but I didn’t. There were times when I was angry with Jill, with the way she lived her life and Jill’s response to my effort. I remember being hurt when Jill didn’t respond to me as I expected, when she didn’t return my phone calls or even answer her phone when I called. I had given Jill so much of my time, my concern and even my financial help, trying to reconcile our relationship, trying to be of help to her – why didn’t Jill respond as I needed her to respond? There were times when I pulled away from the relationship for short periods, thinking that Jill’s need would cause her to reach out to me, but it didn’t. I couldn’t help wondering as these two years continued if I was trying to help my sister because that is what I thought my parents would want me to do. And of course, my parents would want me to help Jill. But I wanted as well to believe that I struggled to help Jill because of my love for her. It is an important question and one for which I have no answer.

Watching my sister as her health deteriorated was very difficult especially as our relationship was a problem. I was appalled at how much Jill suffered and how little I could do to alleviate her suffering. I prayed daily for Jill and asked everyone I knew to pray for her as well. There were miraculous events which surrounded Jill’s continuing illness, events which I witnessed, events in which I had a part to play. Part of the difficulty I faced was that I was not Jill’s medical power of attorney. Her friend John served in that role until the last couple months of Jill’s life when in a fit of anger or despair, he gave that position to me. I changed the way that Jill’s health was managed from sending her to the emergency room each time she had a health scare to placing Jill on palliative care. Finally, when Jill stopped going to dialysis and after talking with her doctors and nursing staff and studying Catholic ethical decisions about end of life care, I placed Jill on hospice. A week later Jill passed from this life.

I am thankful that Jill returned to the faith of her youth. Several times I had called a priest and had Jill anointed over the last few years. I believe that my action was a help in Jill finding her way back to her faith. A week before Jill passed, she had been anointed once again and though I had asked for another anointing after Jill passed, the priest assured me that the previous anointing was done in a timely manner and no further anointing was necessary. Since Jill spent most of the time after the last anointing in a semi-conscious state, I believe that what the priest told me was correct. How can one sin if one is not conscious?

————————————–
More thoughts about Jill — was going to send to Jill’s friend John but decided to wait.
Over the years there were difficulties between Jill and me. Part of the difficulty came from the distance in our ages. I know you have probably heard a lot about Jill’s difficulties with me from Jill. No doubt when mom passed away Jean added her complaints to Jill’s list. I am not an ogre. I did not hate Jill or Jean or wish either of them ill. I kept everyone out of mom and dad’s home after mom passed, because I was legally bound to protect the estate. I did not steal anything from Jill in terms of her share of mom and dad’s estate. Jill had signed a legally binding contract promising to pay mom and dad back for monies which they had advanced to her. As executor of mom and dad’s estate, the law required that I settle all debts – those that were owed to mom and dad and any debts they owed to anyone. I did that to the best of my ability. Jill received less money than the rest of us, because she owed mom and dad more than xxxx dollars for money which they lent her – money which she promised to repay. It was not possible for me to ignore the debt. I could have been sued by Jean and Christine, if I just dismissed Jill’s debt. While it might have been kind to forgive the debt, I assure you that in time the other folks who received monies from the estate would have complained and required of me to pay them for my generosity toward Jill. Dad had Jill sign the contract, because he wanted the money back. I took no payment for the work which I did on mom and dad’s estate. My work was a final gift of love to my parents – no matter what Jean and Jill might have thought. I have detailed financial records proving what I have written.
When Christine died and Jill became more ill, I tried to put all the negative thoughts and memories away from me. My purpose was to be of some use to Jill, to help her in whatever way that I could. I believed that is what my parents would have wanted me to do. I lent Jill money, which you know, most of which was never repaid – I didn’t expect to be paid, because I knew my sister. As much as she might have wanted to repay me, I knew she would never have the money to do so.
I visited Jill no matter where she was in those last years – Bertram, Llano, Granite Falls, Marble Falls, Cedar Park, Round Rock – you name it – I went there seeking to provide solace and a friendly face and a listening ear. I never asked to be rewarded. Jill was my sister, no matter what the difficulties between us were. I wanted the best for her, even though I occasionally scolded Jill over the way she lived her life and the mess she made of her health. Toward the end of Jill’s life, I think she and I had forged a kind of friendship. I hope that it was so. I pray every day that Jill is with the rest of my family, looking down on all of us, happy, healthy and at peace at last.
I buried Jill in the Catholic cemetery, because I believe she deserved to be treated with respect. I know Jill wanted her ashes spread in a horse pasture, but having Jill’s ashes peed on by livestock is not respect for the deceased.
That is my story – at least the part of it that concerns Jill. That is the way that I see things, having lived them before you were in the picture. I thought you deserved to hear the other side, not just what Jean and Jill expressed about me. My lifetime with Jill spans many years. My experiences with her were in some ways uncomfortable, even as children. Jill was always a willful and spoiled child for a lot of reasons. The rest of the family bowed to Jill’s wishes a good part of the time, because her temper was so volatile. But Jill was loved by her parents and her sisters. I hope Jill knew that. I hope you know that. I am sorry that Jill’s life ended so soon. I miss her, as I do the rest of my family.